Many skills are needed to build and run carriages. 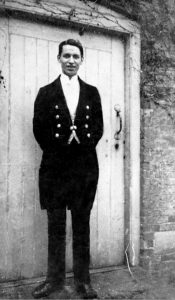 On a large estate the coach house staff were considered the most important of the outdoor servants. Not only did they fulfil the very necessary role of transporting the family but their numbers and visibility reflected the status of their employer.

The Coachman – the Head Coachman supervised the coach house and stable staff. They oversaw the purchase and care of the driving horses and the maintenance and cleaning of the carriages and harness. If an estate owned two or more carriages the Head Coachman always drove the best carriage and horses.

The Second or Under-Coachman drove the second best carriage and horses and did any night driving. They helped the Head Coachman with his duties and accompanied him when travelling long distances.

The Groom and Stable Hands – their main duties were the general care and management of the horses. However the Groom and Stable-hands also assisted the Coachmen in their duties and would occasionally accompany them on long journeys or on special occasions.

The Footman – although not a member of the coach house staff the Footman often attended to the family on carriage journey; arranging rugs, opening doors and conveying messages and instructions to the Coachman. On these journeys the Footman would sit on the box with the Coachman.

Livery – Each member of the coach house staff was provided with one or two suits of livery (uniform) each year. The higher the rank of the servant, the better the cloth and trimming of the livery. A tailor’s bill sent to the 2nd Earl of Lichfield in 1863 shows the cost of the Head Coachman, William Barber’s livery was £15 and 6 pence. The Second Coachman, William Bailey’s was only £12 and 10 shillings for the same quantity of garments. 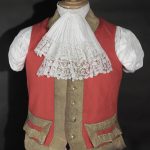 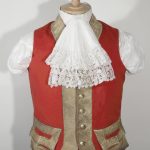 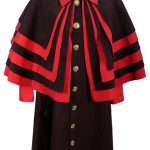 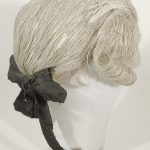 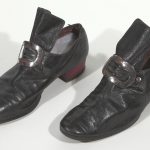 These items were worn by the Footman for the Earl of Shrewsbury’s State Chariot. The livery included white wigs, knee breeches and heavily braided jackets. Payne is written on the inside of the clothing.

These items are on loan to Staffordshire Museum Service from the Earl of Shrewsbury.

Many skills are needed to build and maintain carriages and to care for the horses that pull them. These jobs are very specialised. Today, only a few people still work in these crafts.

Carriages were built by coachbuilding firms. Each firm employed different craftsmen to make the different parts which make up a carriage:

Many kinds of wood are used to build a carriage. Body panels are usually mahogany or leather-covered cedar. The roof is often made of pine. Footboards and seats are usually elm. The frames and shafts are usually ash. The wood has to be 'seasoned' for a number of years before it is fit for use. Seasoning removes the sap and strengthens the wood.

The coachsmith made the iron parts. The carriage trimmer upholstered the interior and the seats with leather and fabrics.

The carriage painter completed the work - 16 or 17 coats of paint were applied by brush and rubbed down to give a smooth, polished finish.

There are now very few coachbuilders still working. Most went out of business or adapted to make car bodies as motorised vehicles replaced horse-drawn carriages and wagons.

Many of the coachbuilding tools seen here were used by Richardsons of Uttoxeter. The tools were often specially designed to produce the curves and mouldings needed on a carriage.

Just like cars, these carriages needed repairs and maintenance. The families who owned them used local wheelwrights and coachbuilders to do this work. In the 1880s the Anson family of Shugborough used John Baker & Son, Coachbuilders of Foregate Street, Stafford to repair their vehicles.

Over 100 years ago, three specialist trades existed to make harness for horse-drawn vehicles:

Since then motor vehicles have replaced horse-power, and the demand for harness has declined. All three tasks became the job of the saddler.

The most important skill in saddlery is stitching. Seven years are needed for an apprentice to learn all the saddler's skills; from making hemp thread to knowing the best way to cut leather hides.

Many of the tools here belonged to Sam 'the Saddler' Smith who worked in Wolverhampton early this century. Some tools are used in other leather trades, such as shoemaking. But many are specially designed to work with different types and thicknesses of leather; others are for stuffing collars and saddles.

In the 1880s the Anson family bought harness and other horse accessories from J. Leaver of Great Haywood, 'Collar, saddle, harness and millband manufacturer'.